You know, there's just not enough bagpipes around here, eh? To remedy this situation, here's a wee blast from Monday at the Hug & Pint from those sombre Strap boys. Then a lo-fi blast from a 1985 Peel session from Meat Whiplash, the the fore-runners of Motorcycle Boy, apparently , according to the excellent Perfumed Garden blog (see left). Finally, before the horrendo Simple Minds there was Johnny & The Self Abusers who I saw way way back in that day supporting Generation X at a hastily rearranged cancelled Clouds gig. Crazy times - bus loads of Edinburgh punks, whisked off to a hotel in the middle of nowhere (West Linton). I seem to recall a photographer from Sounds snapping a bunch of us sprawled out in the hotel grounds. And some French girls. Oh, and the music of course.

Let's jump around in time and style with this mixed bag of Scottish noise. The sorely missed Delgados, first, from their 1998 album, Peloton. Sweet. Currently running on BBC2 is a show featuring Scottish bands called The Music Show (Friday Nights 11.30ish if you're interested). Not bad so far and plenty scope for improvement/expansion. Anywise, last week, Music and Movement were on, so here's something from them, as featured on the CD in the current issue of Is This Music (a quality publication covering the Scottish music scene, m'lud). Then something extremely old school from way back in the mists of etc. The Exploited are not for those of a nervous disposition.

The now defunct Beta Band from back in the day. This version of Squares was recorded live at Sheperds Bush Empire in 2004. Only fair to feature the other half of the JAMC Reid brothers. After last post's Willie, here's Jimmy. Then, from the mini album, Captain, the early Idlewild when they showed promise and excitement. These days, the boys can be found hobnobbing at Scottish Parliament soirees celebrating the Executive's apparent support of Scottish music. Pity this doesn't include the support of NEMIS (the New Music in Scotland initiative once funded by the Scottish Arts Council, but now abandoned to its fate). Politics eh? Pah!

Oddity from half of Jesus & Mary Chain, William Reid, in the guise of Just William, from the Tired of Fucking single from the late 90s. Bang up to date (if retreading post punk/glam is bang up to date) come the Franzsters from their new platter (no-one really says that anymore do they?) You Could Have It So Much Better. It has The Fall in the title so it can't be all bad eh? And, from the Doctor Syntax album, good old Edwyn Collins, still thankfully on the road to recovery, with this marvellous funky wee tune with great rhyming couplets, such as 'I slept in the subway, just for a ruse/No stars for company, just a bottle of booze.'

This is an entertaining insight into the B&S phenomenon which is neither gushy nor fan-blindingly reverential. Buy it here. Paul Whitelaw is an astute and witty author, who is unashamed to describe Belle and Sebastian frontman Stuart Murdoch as 'Scotland's Greatest Poet' whilst admirably laying the blame for most of the twee associations the band have been lumped with firmly on the 'self-regarding, smugly exclusive nature of much of their fanbase...It's all your fault, you dolts.' Well said, that man. The playful prose and obvious admiration for the music shines through this cleverly crafted biography which avoids most of the pop psychology and laboured facts driven dirge more usually favoured in this genre. It even made me (not the world's greatest B&S devotee) go back and listen to their albums again. Here's one each from Tigermilk, If You're Feeling Sinister and Dear Catastrophe Waitress:

The State I Am In
If You're Feeling Sinister
Step Into My Office, Baby

Malcolm in the Middle of KT Soup

I've been listening to Malcolm Middleton's album Into the Woods for the past few days and I can confidently report that it is fanny fucking tastic. Get yersels a copy of this masterpiece now. Along with Fall Heads Roll by The Fall (and of course their incredible Peel sessions box set), it's my favourite album this year thus far. KT Tunstall I really wanted to like after seeing her now legendary Jools Holland appearance. Unfortunately, the album's a tad pish. This track, though, is an OK pop tune. Finally, blasting in from the Madchester past, Glasgow's Soup Dragons from 1990's Lovegod album.

I'd no idea it could be such fun to put on a white shirt and snarl at people from the stage, but that's exactly what I did last week at the Peel Night at The Waverley as Fall tribute band, The Foul. Naturally, I threw some Iggy Pop, Sex Pistols and Wreckless Eric in there too. For more, see The Foul. Also today, another thrilling track from The Scottish Patient's Edinburgh's Magnificent 7 - Josef K - a seminal influence on today's young turks. And to finish, something a little more laid back from Boards of Canada's new album, The Campfire Headphase. 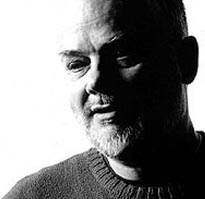 Been a while, I know, but today being John Peel Day and all, here's something special from Kevin Williamson's (The Scottish Patient on the left there) Edinburgh's Magnificent 7 collection. It's rather a special night in Auld Reekie with members of The Scars, Rezillos, TV21 and many more appearing at The Citrus Club. Here also is The Valves' For Adolfs Only ('A.D.O.L.F.P.A., Adolf was a Piss Artist OK?') which I remember ironically goosestepping to back in the day. Anywise, I'd love to be going to the Citrus tonight, but I'm already doing my Peely bit at The Waverley playing as a one-man tribute band to The Fall called The Foul. Should be a giggle.

Formed in 2002, the Wild Strawberry have already recorded two albums - The Crush Of Summer (2003) and The Gods Are Shining. 'Faster' is a grand chunky thing from them. Then we have a rather splendid classic from the Tartan Specials, whose new video 'My Favourite Things' is also worth seeing at tartanspecials.com. To round all this off, a stirring history lesson from the shiniest songsters in Leithdom.